Source (link to git-repo or to original if based on someone elses unmodified work): https://github.com/jgpws/jgd-black

JGD-Black GTK+3 is part of a theme collection for GTK applications and Openbox. This collection will style your desktop with glass buttons, pure black top level menus, subtle gray shadows and borders.

With this theme package, you get GTK 2, GTK 3.20 and Openbox themes.

Download and Installation instructions are on the JGD-Black GitHub page at https://github.com/jgpws/jgd-black.

Please login or register to add a comment or rating

9 Very good, don't see a lot of non-flat themes nowadays. Nice work on the XFWM theme too. Thanks for sharing.

Thank you. Since I am using XFCE currently as my main DE, I've been going through each of my themes to create matching XFWM themes for them.

Thank you for pointing out this bug. I created a new relative symbolic link from gtk-3.0 to gtk-3.20. Please let me know if it works if you have the newest version.

Changes in headerbar to fix flat buttons; slight color change to reduce contrast in titles. Applied a foreground color to all buttons (I can't believe I overlooked that!).

Fixed minimize/maximize icons so the standard icons don't show behind the custom icons.

Added styling for scales including marks underneath and highlighting.

Bug fix for incorrect symlink that pointed to my computer's home folder.

Version 11-06-17
This version fixes some issues with the previous version. Now, padding has been added around client side decorated windows, allowing for window resizing. Plus, some border styles were eliminated for a cleaner look. Headerbar titles render with a bold font, which was the original intention. I also added a new dark variant theme.

Very good, don't see a lot of non-flat themes nowadays. Nice work on the XFWM theme too. Thanks for sharing. 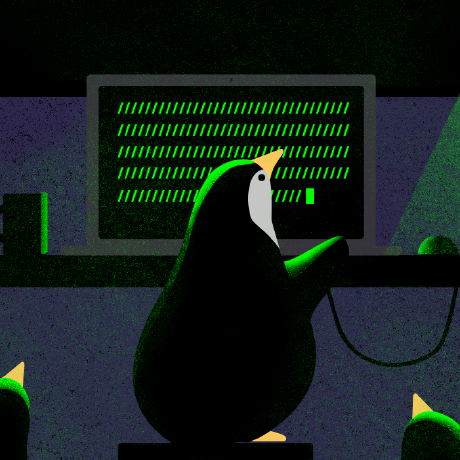 JGD-Black GTK3 is part of GTK Themes and Content, which is supported by the following people:

mark this product as clone
More GTK3 Themes from jasong-designs: